Malaika Arora is an Indian film actress, dancer, model who was born on 23 October 1973 at Thane, Maharashtra, India. Malaika Arora made her film debut in Hindi cinema with Kaante (2002) film. Her father name Anil Arora and mother name Joyce Polycarp. Her sister name Amrita Arora. She got married with Arbaaz Khan in 1998. Arbaaz Khan and Malaika Arora got divorced on 11 May 2017. Her father worked in the Merchant Navy. She has acted in several Hindi language films. Malaika Arora is one of the talented actresses in Bollywood films who is still creating magic with her acting skills and beauty. 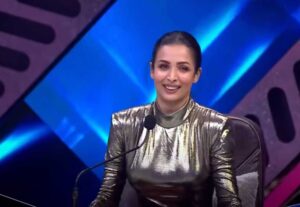