Popular actress of the 90’s- Rambha is originally known as Vijayalakshmi Yeedi. She was born in 5 June 1976 in a Telugu speaking family at Vijayawada, Andhra Pradesh. She did her schooling from Atkinsons Senior Secondary School in Vijayawada. She left her education at the age of 15 to act in films. Rambha was first spotted by the director Hariharan while she was acting for her school play when she was studying in seventh standard. He later casted her as the female lead in the Malayalam film called Sargam opposite Vineeth. Later she has attained the screen name of Rambha. She has acted in more than 100 films in multiple Indian languages. After that she acted in her first Telugu film ‘Aa Okkati Adakku’ in 1992 opposite Rajendra Prasad. In the late 1990’s Rambha have done various glamorous roles like I Hitler with mega-star Chiranjeevi. Rambha has also acted in Tamil, Hindi, Kannada, Bhojpuri and Bengali movies too. She has made a perfect balance while working in all the leading regional films as well as Bollywood films.

Rambha married Canada based businessman – Indrakumar Pathmanathan on 8 April 2010. After marriage she left movies and now currently she is settled in Toronto with her husband and 3 kids. Therefore, if you are die- hard fan of Rambha, you can catch all the latest news and information about her at popular websites like InfoKnocks.Com. 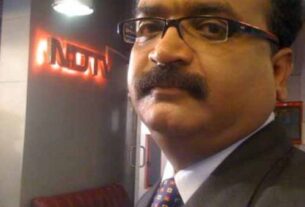