Akshara Singh, one of the leading and highest paid Bhojpuri film actress is a prominent figure in the world commercial Bhojpuri films. This young and beautiful actress was born on 30 August 1993 in Mumbai, Maharashtra. She belongs to a humble Hindi- Marathi middle-class background. She is the most popular actress who has swept the entire Bhojpuri film industry with her acting and dancing skills. She has made her debut in 2011 in the Bhojpuri film – Pran Jaye Par Vachan Na Jaye. She has only got popular after she has appeared with her terrific performances in the films like A Balma Bihar Wale, Nirahua Riksawala 2 and Satyamev Jayate. At a very young age and within a very limited time, she has worked with all the superstars of Bhojpuri film industry and has acted in about more than 40 Bhojpuri films. Her co-stars include Ravi Kishan, Dinesh Lal Yadav, Khesari Lal Yadav, Manoj Tiwari, Pawan Singh, many more Bhojpuri leading actors.

Akshara is also a popular actress in the small screen too and has acted in the Zee TV’s supernatural TV show – Kaala Teeka in 2015. Moreover, she is also known to be portrayed the role of Gandhari in Sony TV’s popular TV show – Suryaputra Karn. She has also done an album called Dil Bole Bam Bam Bam recently. 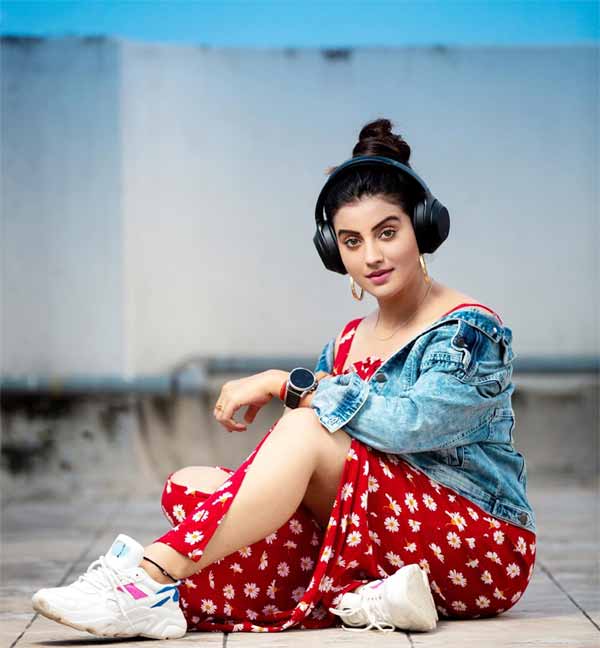