Arunachal Pradesh is located in the North-Eastern part of India and this region is known as the “Land of the Rising Sun” since this is the place of India which gets the first sunlight because sun rises from here. Itanagar is the capital city of Arunachal Pradesh. Arunachal Pradesh has 14 districts: Tawang, Kameng, Papum Pare, Kurung Kumey, Kra Daadi, Subansiri, Siang, Dibang, Anjaw, Lohit, Namsai, Changlang, Tirap and Longding.

According to the Hindu texts and scriptures of Kalika Purana and Mahabharata the region of Arunachal Pradesh was mentioned as the Prabhu Mountains where it is believed that this is the certain place where in Puranas Sage Parshuram washed away sins, the sage Vyasa meditated, King Bhishmaka founded his kingdom, and Lord Krishna married Rukmini. After that recorded history mentions that Arunachal Pradesh was also under the rule of Sutiya and Ahom rulers. Moreover, Ahoms held Arunachal Pradesh under its rule till the annexation of the British Empire in 1858. During the olden times Hinduism and Buddhism flourished great in Arunachal Pradesh since one can see the ruins of Hindu temples in West Siang foothills and also the 400-year-old Tawang Monastery at Tawang which shows the existence of Buddhist tribal peoples. In the modern times, Arunachal Pradesh also saw the wrath of the Indi-China War in 1962 when its most of the area was captured by the Chinese Army.

Arunachal Pradesh is a mountainous and hilly region surrounded by the peaks of Gorichen peak, Mishmi hills and Patkai ranges, all these are categorized under the Eastern Himalayan ranges. Numerous river valleys divide the mountainous terrain of Arunachal Pradesh. Some of the major rivers are Kameng, Subansiri, Siang, Dibang, Lohit and Noa-Dihing rivers. Arunachal Pradesh also has a large forest cover of 63,093 km2 and it has been identified as the part of the largest forest cover of 65,730 km2 including forests of Myanmar, China and Bhutan.

According to the Census of India (2011), Arunachal Pradesh has a total population of 1383727 and out of that there are 713912 male populations and 669815 female populations. These populations are divided into various cultures spheres on the basis of tribal identity, language, and religion and material culture. It comprises various tribes of Tibetan Buddhists, Monpa, Tani hill tribes like Nyishi, Apatani, Galo, Adi, Tai Khamti, Singpho, etc. The sex ratio is 920 females per 1000 males.

The prime occupation of this State is agriculture and it also drives the economy. The tribal person carries out the Jhum cultivation or shifting cultivation and produces rice, maize, millet, wheat, pulses, sugarcane, ginger, and oilseeds. Other significant sectors of the State’s economy are forest produce, industries like rice mills, fruit preservation and processing units, and handloom handicrafts, sawmills and plywood trades.

The incredible nature and diverse cultural heritage possess great tourism industry and in the present times its potential to be the most sought after tourist destination is also proved. Popular tourist attractions of Arunachal Pradesh includes Tawang for its beautiful and oldest Buddhist monastery, Ziro for cultural festivals, Yomcha for natural limestone caves, Namdapha tiger project in Changlang district and Sela lake for its bamboo bridges overhanging the river. Places of religious interest also drag various visitors to Parshuram Kund in Lohit district where it is believed that Sage Parshuram washed away all his sins in this very water body. Moreover, Rukhmininagar near Roing is also believed that Rukmini Lord Krishna’s wife used to reside here. Another important religious landmark of Arunachal Pradesh is the majestic Golden Pagoda Monastery at Namsai.

In Arunachal Pradesh diverse cultural groups resides which includes Christian, Hindu, Sikh, Jain, Muslim, Buddhist and other religious groups like Donyi-Polo. There are various tribal groups living here which mainly belong to Sino-Tibetan group and as many as 50 languages are spoken by these tribal groups. As a tribal rule, these tribal people never marry outside of their caste or tribe. Arunachal Pradesh is also famous for its fairs and festivals and some of it deserves special mention such as Yulo, Murtung, etc. Folk dances like Khampti, Ponung, etc also form an integral part of its rich cultural heritage. The peoples of Arunachal Pradesh are efficient in art and crafts with special mention of production of beautiful cane and bamboo products.

As per the Census of India in 2011, the literacy rate of Arunachal Pradesh is 66.95 %. Moreover, the state government is working with great help from the Vivekananda Kendra to develop State’s literacy rate. Arunachal Pradesh ahs some of the good educational institutions like St. Claret College (Ziro), Rajiv Gandhi University, Himalayan University, Indira Gandhi Technological and Medical Sciences University, North East Frontier Technological University, National Institute of Technology, North Eastern Regional Institute of Science and Technology and many more good colleges.

Arunachal Pradesh has some good hospitals which provide quality health and medical facilities. Some of the hospitals are worth mentioning like District Hospital (Along), General Hospital (Pasighat), Ramakrishna Mission Hospital (Itanagar), etc. 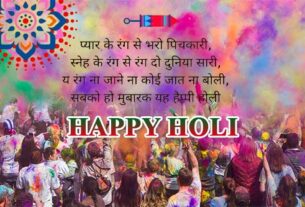