Afghanistan’s news television channel, TOLO News, was launched in August 2010 by the Moby Media Group, which is the channel’s owner and founder. TOLO News is, also, hailed for being the first news channel in Afghanistan to broadcast news round-the-clock. The broadcast area of TOLO News is Afghanistan.

The headquarters of the TOLO News channel are based in Kabul in Afghanistan. Among the sister channels of TOLO News are Lemar TV and TOLO TV. Moreover, TOLO News boasts of a viewership base of 120 million.

TOLO News broadcasts news on television in Pashto and Dari languages. Additionally, the news bulletins of TOLO News are available in languages such as English, Pashto, and Dari on Internet and social media platforms. Instagram, YouTube, Twitter, and Facebook – TOLO News is accessible on all these social media sites.

Among the TOLO News television programs are Dahlezha, Farakhabar, Kaglechoona, Porsopal, and Nima Roz. Tawdi Khabari, Kankash, Mehwar, Black & White, and Goftoman are other programs of the channel. Aside from that, the news channel has documentaries and special interviews. The TOLONews Morning show is another popular program of TOLO News.

The official website of TOLO News is https://tolonews.com/. Also, the TOLO News website is popular across Afghanistan. The website covers news in a variety of areas. These include Sport, Art & Culture, Health, Science & Technology, among others. Besides, the website has sections that cover World News and Election News. Additionally, the website offers expert opinions on current affairs. 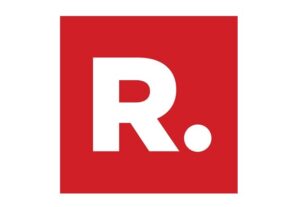