CGTN (earlier referred to as CCTV-9 and CCTV News) is a TV news service that delivers news in English. Headquartered in Beijing in China, the CGTN channel is one of the 6 channels that the China Global Television Network offers. The CGTN TV channel is available as a free-to-air satellite signal in more than 100 countries.

The launch date of CCTV-9 was 25th September 2000, and then it was rebranded on 26th April 2010 to become CCTV News. CCTV America was launched on 6th February 2012 and broadcasts daily programs that are produced in Washington DC. CCTV Africa was launched on 11th October 2012 in Nairobi in Kenya.

Subsequently, on 31st December 2016, all channels of the CCTV News Group were rebranded as CGTN. Presently, CGTN boasts of 70 bureaus and 4 broadcast centers – including Beijing (central), London, Washington, and Nairobi – around the world.

Ranging from detailed reports to newscasts to feature presentations to commentary programs, the CGTN channel offers all of them.

CGTN employs Chinese anchors as well as foreign news presenters. By doing so, the news channel aims to establish a unique identity.

Among the current presenters of the CGTN channel are Liu Xin (The Point) and Edwin Maher (News Desk, News Hour). Laura Schmitt, Tian Wei, Daniela Anahi Bessia, Charlotte MacInnis, and Anand Naidoo are other hosts that are associated with the channel.

The official website of the China Global Television Network is https://www.cgtn.com/. The site covers news on Sports, Travel, Politics, World News, Business, Culture, Technology, among others. 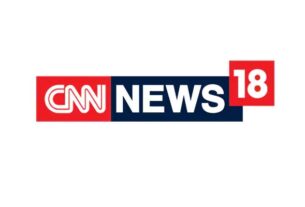