CP24 is a Canadian news channel that delivers news in the English language. The broadcasting unit of the CP24 channel is 299 Queen Street West in Toronto in Ontario in Canada.

Initially, it was launched by the name CablePulse24 on 30th March 1998; this channel was owned by Sun Media and CHUM Limited. Also, it was referred to as an addition to CITY-TV newscasts; these were recognized as CityPulse during that time. In the year 2004, CHUM took over SUN Media’s share after the acquisition of Craig Media.

Then, the year 2006 saw CP24, together with its parent company CHUM Limited, being acquired by Bell Globemedia. However, CHUM sold off the Citytv stations because of media ownership restrictions and to avoid dissensions with CTV stations operating in similar markets. CTV globemedia remained the owners of CP24 and the A-Channel stations. Then, in the year 2007, the Citytv stations with CITY-TV were sold by it to Rogers Media, which had a 20% stake till the year 2008.

The official website of the CP24 channel is https://www.cp24.com/. Other means through which the CH24 channel delivers news are CP24 GO (a TV everywhere service) and the CP24 traffic app. 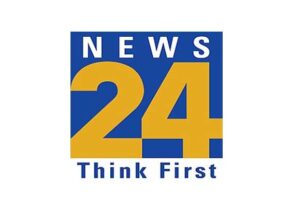